From her earliest years at art school, Glynis Owen’s sculpture and prints reflect a fascination with materials and the exploration of their qualities that best express her tactile, abstracted imagery.

Following a postgraduate year at University of London, Goldsmith’s College, she worked as assistant to the sculptor Lynn Chadwick. Learning to construct his angular, welded sculptures for international exhibitions, her sculpture reflected a new focus on line, form and spatial relationship.

In 2000, she was commissioned to carve a series of small stone sculptures for Tate Modern, as a resource that could be touched and handled by the public. That same year, she designed both logo and award for the National Teaching Awards Trust, set up by Lord Putnam and televised annually by the BBC in a high profile award ceremony, ‘Britain’s Classroom Heroes’.

From her studio in Hampshire and then in Hampstead, London, she has worked in stone and bronze with architects on large-scale public and private commissions including Alton College, Stevenage and Stafford Town Centres, the Jacqueline du Pré Memorial Fund, and Covent Garden Piazza.  She has exhibited at galleries in the UK and abroad including the Royal Academy Summer Exhibition and her prints have been purchased for collections such as Lloyds of London and Financial Risk Management, New York. Her work is held in both the V&A and Scarborough Museum Trust print archives.

Glynis Owen is a Fellow of the Royal Society of Sculptors and a member of The Printmakers Council. 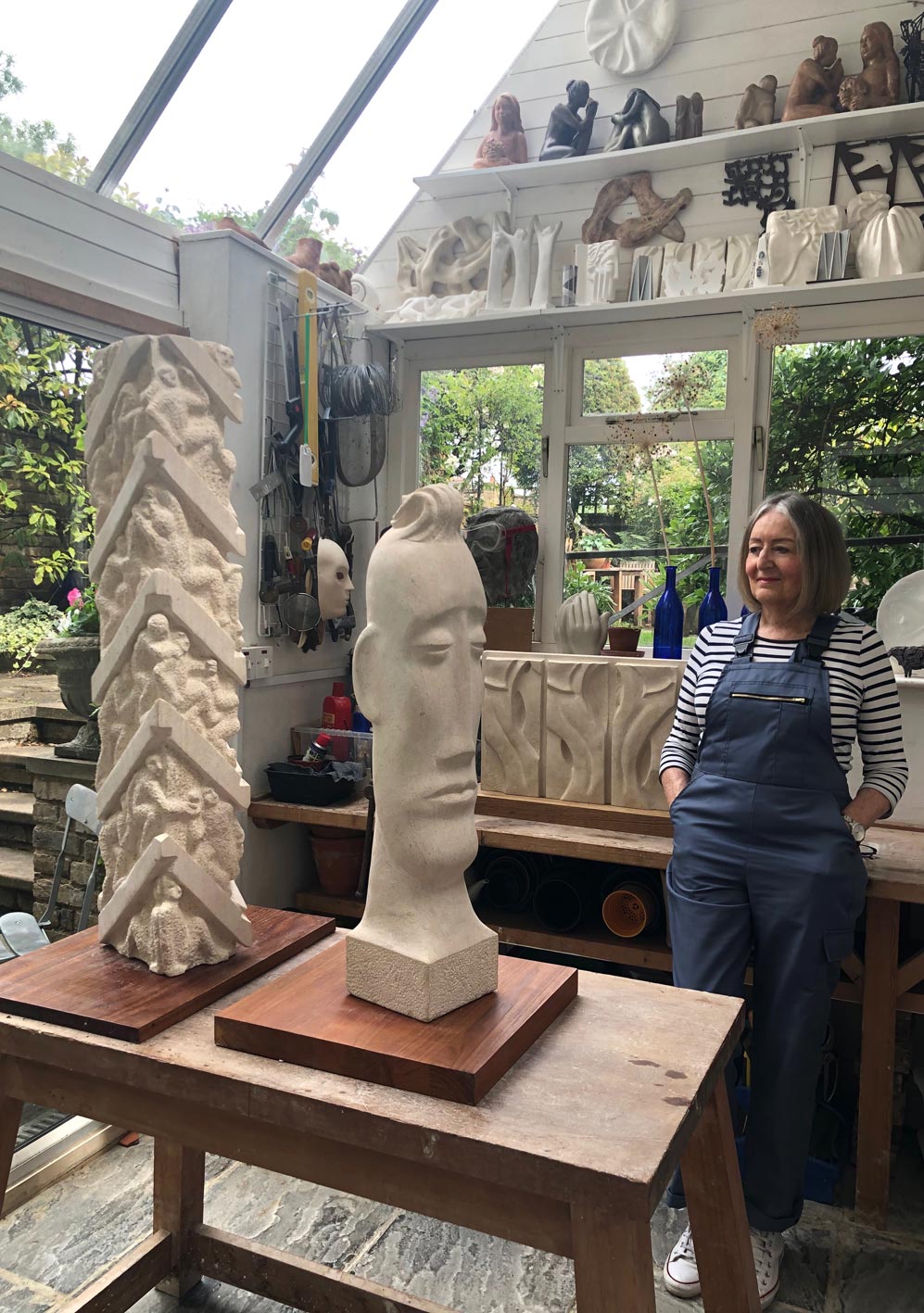